This year, the Association of citizens for rare diseases LIFE WITH CHALLENGES, marked 28th of February , RDD, wth many events in many cities: Bitola, Valandovo, Ohrid, Strumica, Skopje, Gostivar …

Rare disease day is international campaign for raising awareness on rare diseases. From 2008, there have been more than 1000 events around the world. The campaign started as an European event and than it became global. The subject for 201 is research. This day is a possibility for participants all around the world to be a part of the global call towards the creators of politics, researchers, companies and health professionals. 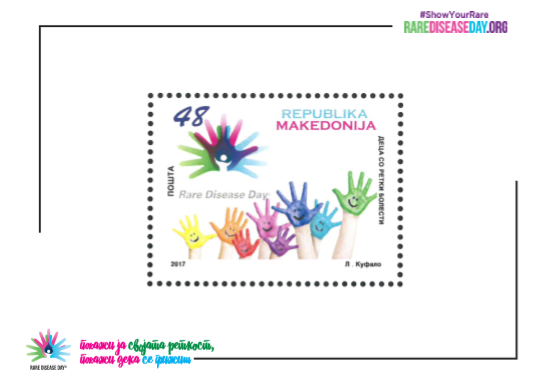 Rare disease day, for us, patients and families with rare diseases, is a day to remind the public about what has been done for us and what is needed in the future so we can have a better quality of life. One of the problems is of course access to new innovative drugs. From 2015 to 2017 there has been 30 new drugs for around 18 diagnosis. Now in 2018 we will get 2 new drugs, one for aplastic anemia and one for Familial Amyloid polyneuropathy. We still have a long list including spinal muscular atrophy, pulmonary fibrosis, systemic sclerosis, muscular dystrophy Duchen and Becker, rare cancer as MDS and other in hematology, rare cancers in oncology … we also hope for oral therapy to be available for Gaucher patients, and for juvenile arthritis there are only 2 drugs available so we are trying to get one more as there are around 3 patients who are buying the drug themselves.

From the social aspect, we expect new social services and training for employees in social centers so that they are aware of the individuality and the difficulty of the rare diagnosis.  On our list is also the need for improvement of diagnosis as we ask from the Health insurance fund to provide refund for diagnosis of rare diseases in the country, and if it is not possible than to have a possibility to send appropriate material abroad in laboratories that Macedonia is cooperating with. Without early diagnosis, early treatment is not possible and the quality of life is very low.

To be rare means to search for diagnosis from couple of months to over 10 years, rare means to know that somewhere else in your neighbor country there is a treatment for your disease but it is not accessible to you in your own country. Rare is when you can’t find a person with the same disease in your own city, country, region and you have to search the world to find a person just like you. Rare is when you ask your doctor about your disease, and he starts searching the internet. Rare is when you have to explain your condition to everyone and still no one will understand. Rare is when you fight for every day, when you are happy doing your everyday chores, rare is when you are one in thousands of people and when you find people like you, you feel like you found your other family, rare id when it is not possible for you to plan your future … because you are rare … you are not like the others …

From 20 to 25 February, in Gostivar, е оthere was an event organized by Josif Mishevski and Nebojsha Petreski. The first picture for support came from the mayor of Gostivar, Arben Taravari. We are thankful for the support of Procam studio and the city of Gostivar. 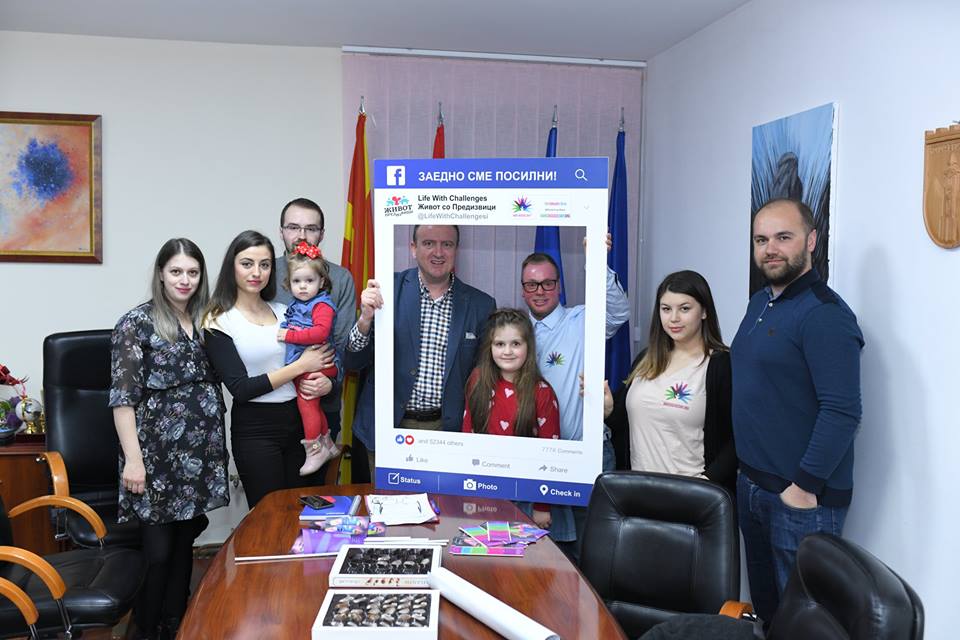 On 26th of February, in Bitola, Magnolija square, with the support of the city of Bitola, Vino bar Bure and Hepar centre Bitola we organized an event for raising awareness on rare diseases and a press conference. We are thankful to the high school Jane Sandanski and Josip Boz Tito for the support.

With this kind of campaign we showed that everyone an join in and give support to families that face rare diseases.

On 28th of February in Ohird , Gordana Loleska organized many events for raising awareness.  Middle schools and high schools from Ohrid all joined to raise awareness about rare diseases. On the 28th there was a march for rare diseases with many citizens participating and sharing care.

Helen Doron Center also participated in the campaign to support their student Iva Hadjimanova who is fighting with Congenital Muscular Dystrophy. There is no cure or treatment for this disease yet. Also her  friends from school joined to support Iva. 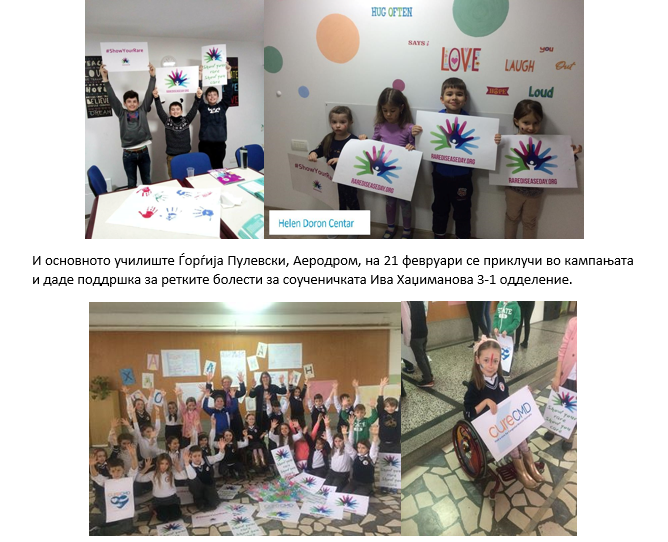 Strumica and Valandovo also joined for rare disease day under the leadreship of Ljubica Prodanova.

The children from Valandovo also gave their support. 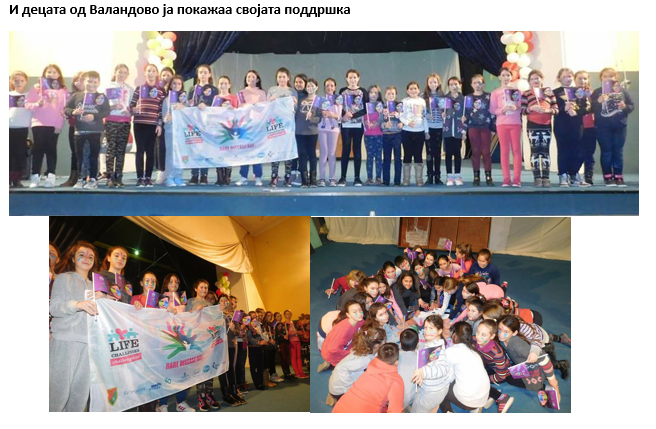 We also got some support from our prime minister – Zoran Zaev. 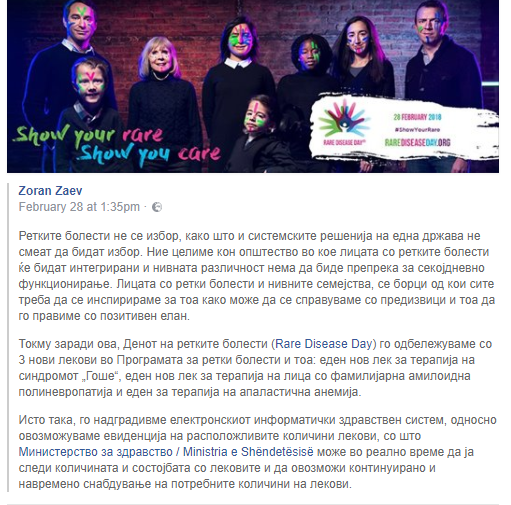 On 28th of February, in Skopje in organization of the National Alliance for rare diseases of R. Macedonia there was a press conference in the EU info center. We tried to remind the institutions what have they done until today and what is needed so we can have a better future.

Thanks to everyone who joined in the support for the families that face rare diseases.

All events were supported by:

President of LIFE WITH CHALLENGES

Information about the association: