The Association of citizens for rare diseases LIFE WITH CHALLENGES – Bitola, will organize an event for 26th of July, the International Gaucher Day, for the first time this year, as it is launched by the European Gaucher Alliance. The 26th of July 2014 has been selected as it is the 160th anniversary of the birth of French dermatologist Philippe Charles Ernest Gaucher who was born in Nievre on the 26th of July 1854.

On 25th of July we are organizing a bicycle ride with the support of the City of Skopje, To4ak, NaTocak and Genzyme – Sanofi Aventis Company. The  event has a goal to raise public awareness about Gaucher disease.

The bicycle ride will begin at 10:30 h., on 25th of July (Friday), from the park Jane Sandanski, with end point at Zena Park at 11:00 h., (map – http://0.mk/VozenjeGOUCHER) where we will have a short press conferences with statements from members and supporters of LIFE WITH CHALLENGES. 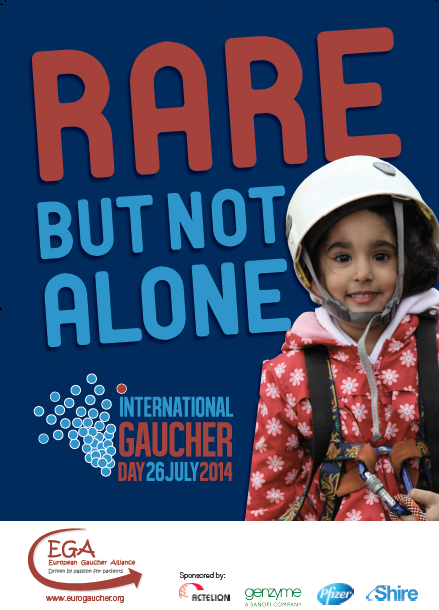 Gaucher disease was named after Philippe Charles Ernest Gaucher as in 1882 whilst still a student he discovered the disease in a 32-year old woman who had an enlarged spleen. At the time Gaucher thought it to be a form of splenetic cancer and published his findings in his doctorate. It was not until 1965 that the true biochemical nature of Gaucher disease was properly understood.
The development of Enzyme Replacement Therapy in 1991 offered life-saving treatment to many Gaucher patients however there remains much unmet medical need and in many countries patients cannot get treatment as their governments do not have reimbursement programmes in place or are unable to support all patients who need treatment. It is for this reason the EGA has launched International Gaucher Day with the aim of:

Throughout the 40 member countries of the EGA patients, families, doctors, scientists and healthcare professionals will be marking IGD by holding events and activities using promotional materials made available through the EGA office provided by the generous support of our corporate sponsors.

President of the Association of citizens for rare diseases