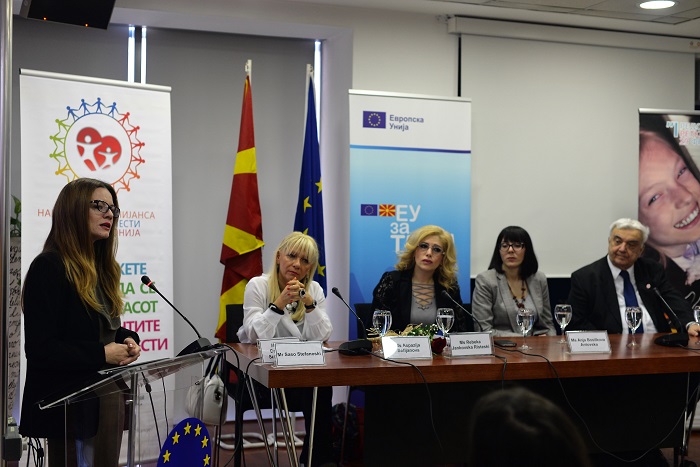 The Life With Challenges association, together with the National Alliance for Rare Diseases of the Republic of Macedonia, under the umbrella of the European Association for Rare Diseases – EURORDIS, celebrated the international Rare Diseases Day, February 28, 2017 this year as well under the motto “With Research, Possibilities are Limitless”. In addition, this year we are also focusing on parents of children with rare diseases and the difficulties and challenges they face. Their stories were on display in a poster presentation in the hall of the EU Info Center today and they were shared on social media.
After the new Law on Financing the Rare Diseases Program was passed in 2015, 21 new medicines were procured for approximately 12 rare disease diagnoses, which covered more than 150 patients. According to information available from the Ministry of Health’s public bids, the number of medicines in 2016 has increased by 29, which means that more diagnoses have been covered, so now the number of patients receiving medication has reached approximately 220. There are 46 primary diagnosis in the registry.
Statement by professor Aspazija Sofijanova, PhD, president of the National Commission for Rare Diseases:
As medical doctors we must be less emotional, however that’s not so in our case because we are in direct contact with sick children. When we save a child, it feels like we have saved the world, but when we lose a child, it feels like we have lost the world. This year we will continue to struggle for the patients with rare diseases, and the parents, the patients and the associations offer the greatest help in that struggle – if we join forces with the institutions, there is a lot that can be done. We know the issues. I just came from the clinic and I would like to say that Iskra says hi, that’s a child who has spinal muscular atrophy and who is still in intensive care at the clinic. I also know Daniel, who was helped a great deal by the US Embassy in Macedonia, that is Mrs. Mary Jo Wohlers. It is a new medicine, and we will try to find the financial means to bring it to Macedonia, like we bring medicines for other patients.

Statement by academician Momir Polenakovic, Macedonian Academy of Sciences and Arts (MASA):
Within MASA we have a small genetics and diagnostics center, but we also collaborate with other countries and we are trying to forge the way ahead in terms of education and to push forward in diagnostics, which is as important as prevention. Early diagnostics is essential for early therapy and for providing timely information to the patients, so that their life quality is improved. The collaboration with the Wilson Disease Association – Macedonia has already resulted in improvement in the education for diagnosing Wilson Disease as well, and they provided us with reagents through a donation. We hope that in the future we will have more funds for providing other reagents in order to boost the diagnosis of a larger number of rare diseases.

Statement by Rashela Mizrahi PhD, Ministry of Health of the Republic of Macedonia:
The rare diseases program was launched two years ago with the creation of the rare diseases registry and the increased financial support for medicine procurement. There are many issues in terms of diagnosis, classification and systematization. There’s a whole apparatus working in the background at the Ministry and the Rare Diseases Commission, where clinicians work pro bono for the wellbeing of the patients. We have also established criteria and requirements for entering the registry, some 400 patients have been registered with more than 46 diagnoses, and we already have medication for 220 patients.
Statement by Rebeka Jankovska Risteski, president of NARBM (National Alliance for Rare Diseases of the Republic of Macedonia):
This year we are focusing on patients who are yet to receive medicine. Such are patients who have spinal muscular atrophy, children whose only hope is a medicine approved by the American Food and Drugs Administration last year. Then we have the medicines for patients who have rare forms of cancer, such as the MDS patients – two patients who were donated the medicines have already shown signs of improvement in their wellbeing and life. Therefore we believe that innovative medication should be made available in order to allow for a good quality life for the patients and their families. Then we have the medicine for juvenile arthritis – only one of the three that exist is being procured. Finally we would ask the Health and Pension Insurance Fund of Macedonia (FZOM) not to forget that even in 2015-2016 they promised the patients suffering from Chrohn’s disease and ulcerative colitis they would provide them REMICADE. Of course, we would also like them to provide patients with medical aids and meet other needs when there are no medicines available. Our vision as an alliance is for nobody to be left behind. 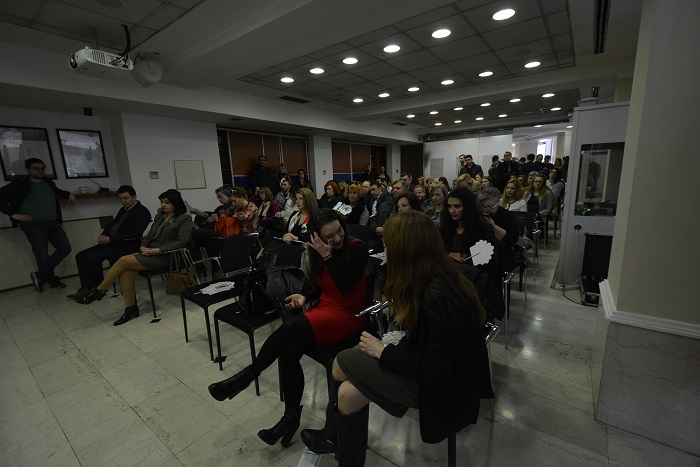 Statement by Anja Bosilkova Antovska, vice-president of NARBM:
There is a great variety of rare diseases and anyone may contract them. We carried out research in collaboration with the Wilson Disease Association – Macedonia and we drafted some recommendations for changes in Macedonian legislation so that rare disease patients are not apprehensive of whether there will have a long-term therapy plan available or not. A national rare disease program and systematic, legal solutions must exist for us to ensure a future for the rare disease families.
Statement by Vesna Aleksovska, director of Life With Challenges:
No matter how much I speak I am bound to leave something out. On the one hand we are thankful for the understanding that the institutions have shown for us, rare disease patients, in the last two years, but on the other hand I must also say that there is a lot to be done, many people to be helped, and that we will always have new requests and new needs. The rare diseases are very unique, each one has a number of variations and each patient is a different story, with separate challenges, difficulties, issues, happiness and sorrow. Working together as part of the alliance I think that we can achieve much more, and I hope that we will be increasingly vocal and that our voice will be heard more and more. Each family deserves the best chance possible for a happy life. We will continue to meet up with the institutions, we will speak up in front of the media, we will get the public involved by organizing events… Each patient must be taken care of.

Other events around Macedonia

Bitola
This year the rare diseases awareness raising campaign began with an event in Bitola on February 24, at 10 a.m. in downtown Bitola, on Sirok Sokak, where with the support of the Hepar Centre for Citizens who have Rare Diseases the Life With Challenges Bitola organized a press-conference and distributed flyers downtown in order to raise public awareness for the rare diseases. 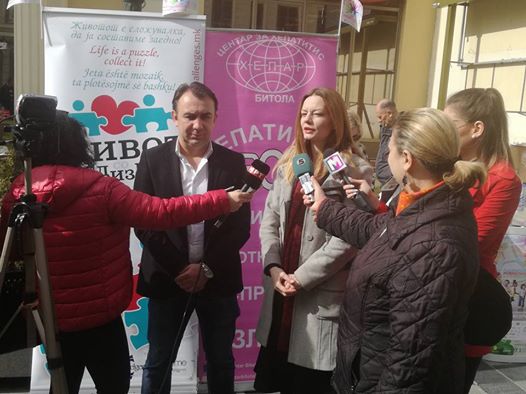 On February 28, 2017, at noon, a march began from the front yard of the Hristo Uzunov primary school. Some 200 students in a line marched along Pitu Guli street, and then along Jane Sandanski street, and then they joined forces with the students of the St. Clement of Ohrid secondary school and they continued together all the way to the Macedonia quay (in front of the Royal hotel). There, at 1 p.m., the students ran a cross race to the Ss. Cyril and Methodius monument. From there the students went to the city square, where they distributed information leaflets for rare diseases. On February 26 and 27, there were hiking activities organized as well, with the support of ZSH Avantura – Ohrid. The activities in Ohrid were also bolstered by the Animalija association, which supported the idea for rare disease awareness raising with the motto: “Adopt a pet, for some people that’s the only free therapy”. The event was organized by Gordana Loleska, a mother of a child suffering from Alport syndrome, with the support of the Ohrid Red Cross, the St. Clement of Ohrid secondary school, ZSH Avantura, the Animalija association and the citizens of Ohrid. 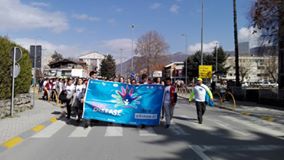 On February 24, 2017, a group that distributed flyers for rare disease awareness raising joined the Prilep masquerade. There was also a public lecture for rare diseases. The event was organized by Jasmina Hristoska, an acromegaly patient, with the support of SLAP – Prilep. 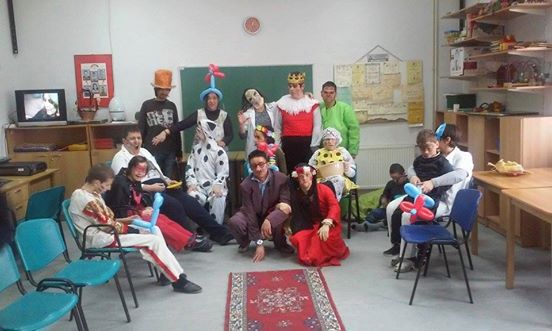